Ducks, like many birds, have specific behaviors that indicate different things. A duck is likely to behave in a particular way to show its reactions. One of the most common behavior is the wagging of their tail. If you have noticed this, then you are aware that they do this at specific times, which means that there is a reason behind it.

Most animals have a sense of affection towards their owners. Like dogs, ducks also respond to the presence of their owners. Usually, some ducks love to be petted like other animals.  However, this depends on the breed.

Usually, ducklings tend to cling and hang around their mothers as a way of seeking attention or some form of protection. On the other hand, adult ducks mimic the same behavior, but towards the human owner. Therefore, it is not surprising to see ducks moving around their owner every time they come to feed them or open their sheds. Most of these birds form their behaviors from when they hatch to when they are just 5 days old.

Like many other animals, ducks have different behaviors that can be interpreted differently depending on their communication. Most of the meanings can only be understood if you are patient and observing.  Some of the common behaviors you are likely to see from your ducks include:

Most of these moves are often a response or reaction to something. For instance, ducks will bite anyone they perceive to be a threat to them. They are also known to raise the tips of their wings when courting. This is common in Mallard male ducks as this is meant to be a sweet and easy way to attract their female mates.  Males and female ducks tend to bob their heads up and down also as a form of flirtation.

Most of these behaviors are easy to miss if you are not keen to observe how the ducks behave at different times. You can always tell when they are defensive, sweet, and even when they are attacking you. One of the most common behaviors among dusks is the tail’s wagging, which comes with different meanings.

What Does it Mean When Ducks Wag Their Tails?

Animal behavior experts attribute it to the mating urge that the ducks have every once in a while. The wagging tail behavior is prominent in some duck species than it is in some. Male ducks are also known to be the ones who wag the tails. However, there are different theories as to why this happens. Below are some of the explanations behind ducks wagging their tails.

1. They Wag Their Tails When Excited

2. The Pairing Season is On

One of the most common reasons behind the wagging tail is that the ducks are preparing to mate. Owners of duck breeds such as Black Ducks, Wood Ducks, and Harlequins have reportedly noticed their ducks wagging their tails mostly around the season they are expected to be matting. This usually happens for quite some time as the birds choose their mating partners. It is a characteristic of the male birds mostly.

Check this too: Do Chickens Know their Names?

3. It is There Way of Communicating

From observations, ducks also tend to wag their tails when they are passing information between each other. A closer look at the birds and one can quickly tell when they are communicating with each other. This happens mostly when they are in some form of a water puddle.

4. It is a Natural Response

link to Do Chickens Know their Names?

Have you ever wondered if you can keep chickens as pets and name them? Well, you have first to know if they will respond to you when you name them. As an experienced chicken farmer, several facts...

Continue Reading
link to Why Does My Chicken Coop Smell So Bad? 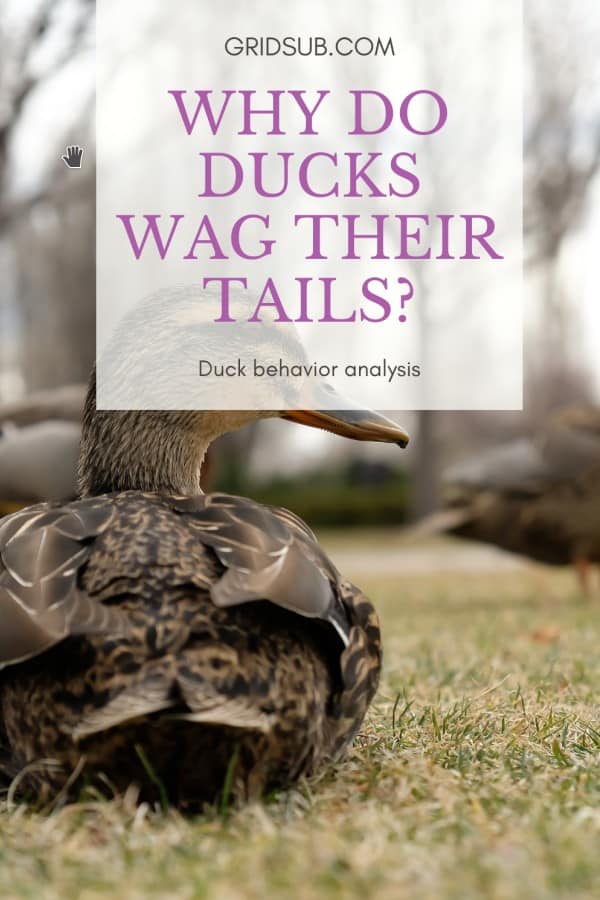