If you have a flock of chickens, you probably noticed that the birds are quite picky eaters. They can enthusiastically devour left-over greens, bread, and meat scraps yet not be interested in other treats such as turnip chunks and citrus. Seemingly, the chickens know what foods are much-needed breaks from their dull, dry feeds.

If you are enthusiastic about chickens, you will probably be fascinated by watching them pick what they can or cannot eat. They will completely ignore box elder bugs but happily eat a grasshopper.

Over the years, scientists have been debating whether birds, including chickens, have a sense of taste or smell. The birds’ tiny, hard tongues and bony beaks have made it difficult for scientists to study their tasting abilities compared to mammals.

If you are keen on what is the best food for your chickens, check this post we did on 7 Simple and Healthy Meals for Poultry

Dr. Neil Bernstein, a renowned ornithologist, has, in the past, concluded that a chicken’s brain is well-developed for sound, sight, and balance. However, a chicken’s sense of taste and smell is less acute. A bird’s sense of touch varies from one species to another.

Unlike humans who have almost 9,000 taste buds, birds have 50-500. Researchers have discovered that chickens have taste buds, although they are at the back of their mouths. Chickens can, therefore, taste all things they have committed to swallowing.

Some researchers have argued that chickens grow their sense of smell before hatching. Several studies have shown that chicks can smell from inside their shells. Chickens can respond to several scents. For example, one study found that chickens became alert when they smelt a prey animal’s feces put in their pen.

What Smells Do Chickens Hate?

Studies have shown that chickens hate the strong smell of certain herbs and spices. If chickens have been damaging your garden or yard, you should sprinkle some spices around the affected areas. The smell of garlic, paprika, salt, cayenne pepper, black pepper, curry powder, or a spice blend comprising any of these spices is bound to keep chickens away from your garden.

They will tend to keep off areas reeking of the spices. If chickens still flood your garden even after covering it with herbs, the spices will most likely cover the bottom of their feet and create a tingling or burning sensation. The feeling will not harm the birds; however, they are most likely to flee your garden in response to the unpleasant sensation.

Chicken also do not like the smell of citrus. The smell of lime or lemon juice will most likely repel chickens from your yard. The sour taste of lemon or lime is also most likely to deter chickens.

There aren’t many studies that explain what smells chickens prefer. However, during one experiment, researchers rubbed strawberry scent on eggs. When the chicks finally hatched, they seemed attracted to water and strawberry-scented shavings.

Additionally, chickens seem to prefer color over smell. For example, red tomatoes are most likely to excite chickens, unlike green pepper scraps. Their preference for green grass over buckwheat plants or green motherwort is still a mystery.

Chickens can smell pretty well, but they don’t have a well-developed sense like other animals, which rely on hunting.  They can also taste all things they have committed to swallowing.

link to Why Does My Chicken Coop Smell So Bad?

Continue Reading
link to How to Can Food without a Canner

People have been canning food for a long time, even before canning tools were invented. This means that the practice of canning without a canner has existed for a long time. In the past years, no... 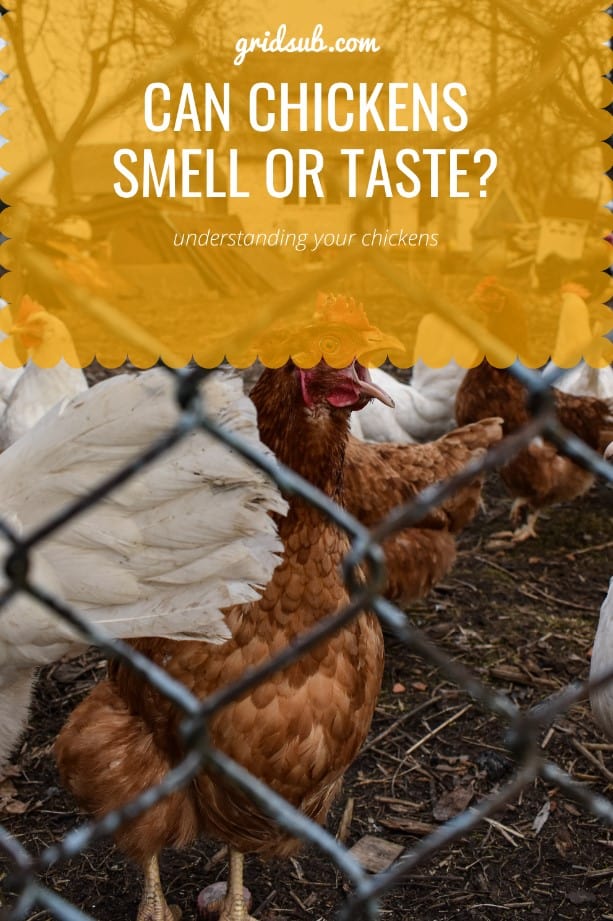